Having been comprehensively ‘stuffed’ by Lloyd’s (the insurance market) Anthony and Alix Goddard had to sell up their home and vineyard business at Barton Manor in Whippingham on the Isle of Wight. In 1991, having picked themselves up and dusted themselves off, they relocated to a caravan at the then derelict Barnsley Farm in Ryde, on the Island, where they began renovations. 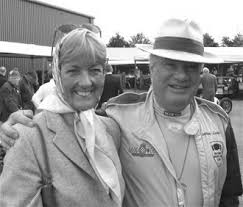 Feeling unemployable in a more conventional role, the next idea was to start a new business – and having developed a taste for making alcohol, brewing seemed a logical step…

In 1993 Goddards began with a 15 barrel brew-length plant, installed in a fine old barn at the Farm – the first brew was racked off that Spring, just in time for the tourist season.

The Isle of Wight’s oldest brewery

Today the brewery is still family run and remains at Barnsley Farm.  The brewery plant has been increased to a 22 barrel brew-length – the caravan has long since gone, the yard still buzzes with activity, and on brewing days the air is thick with classic brewery smells of malt and hops – not dissimilar to the smell of a comforting mug of Horlicks!

Goddards is now the oldest brewery in operation on the Island and whilst some changes have taken place as the brand evolved and Goddards introduced new ways for supporters to get involved, the brewery continues to provide a secure livelihood for the team and producing really good craft beer.

Although we take what we do seriously, we don’t ever want to take ourselves too seriously – in the words of Goddards’ founder himself ‘life is not a rehearsal’ and we want to make sure we have plenty of fun.

A nod as to how our very popular dark golden strong bitter got itself a very distinctive name… Duck’s Folly is a simple anagram which is pretty easy to work out once you realise that it includes the name “Lloyd’s” is included.

The name was originally used by an Australian who had suffered financially in a similar fashion to Anthony Goddard at the hands of Lloyd’s, and used it to name his new (much downsized) bungalow. Anthony spotted this amusing story in the press and thought it would make a cracking name for a beer. Duck’s Folly was born and has remained a favourite in our Classic Beer line-up.