Blog
Goddards Brewery / Blogs / From Grain to Glass
May 04 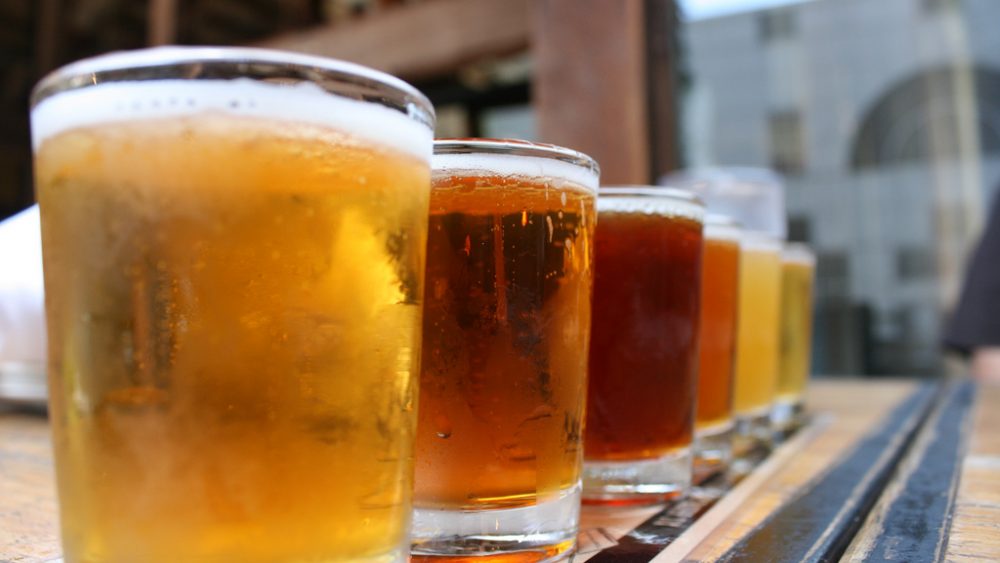 From Grain to Glass

Taste of the Wight are not one to turn down the chance to learn more about beer, so we invited them for a behind the scenes tour of our brewery…

Here’s what they found out:

At Goddards, the excitement for brewing and the enthusiasm for creating local beer is palpable. Set on a picturesque farm, there are dried hops hanging from the ceiling and firkins (brewer lingo for small casks holding 41 litres) stacked high, ready to begin their journey to many local and south-coast pubs. Before the journey can begin, the humble pint starts off as nothing more than four key ingredients – barley, hops, yeast and water. It’s when the brewer gets involved, the magic happens. 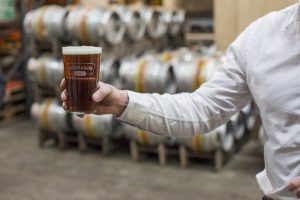 This year the grain grown on the Island has met the high standards required for beer (otherwise it is used as animal feed) and is sent to the local maltings in Warminster. Warminster Maltings is the nearest to the Isle of Wight and also the oldest in the UK, still using time-honoured traditional methods (by hand, on floors) and is widely acknowledged to produce a superior product. Here, barley is steeped in water to raise the moisture level to the point of germination, then laid on floors for up to five days as the starch in the grain modifies. It is then kilned to be dried before being returned, ready-crushed, to the brewery.

Upon its return, the malt receives the special Goddards treatment and on the day before a brew all the ingredients are prepared; water is checked for calcium content, malt is weighed out with the addition of crystal malt (for mouth-feel), with wheat for head-retention and roasted barley for colour and flavour. Hops are weighed out depending on which beer is being brewed. Goddards use a blend of hops in their beers with a different blend for each one, including some picked from Ventnor Botanic Garden, the only Island-grown hops.

Dry ingredients are referred to as ‘grist’ and are tipped into the grist case where they are mixed together along with hot liquor (water) to form a porridge consistency, known as ‘mash’ which sits at 65 degrees for an hour. The mash is then rinsed with liquor and a sweet liquid is filtered out (known as ‘wort’) and pumped into the copper. As soon as the wort covers the stainless steel heating coil in the bottom of the copper, the gas-fired heater is switched on and starts to heat the wort. When the wort is boiling, copper hops are included in order to 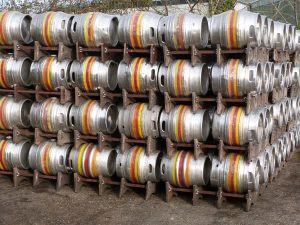 The wort is now ready to be cooled and is transferred to a fermenting vessel with the addition of yeast, allowing the sugars to convert into alcohol (yay!). The whole process takes five to six days until the beer is ready to be racked into the casks. Beer is run into casks and finings (to improve the clarity) are added at this point.

Beer then goes into the cold store where it stays for a minimum of two weeks at 12 degrees centigrade to allow secondary fermentation and development of flavours to take place, before its onward journey to the pubs. Finally it’s pulled into a pint glass and sat in front of you – cheers!