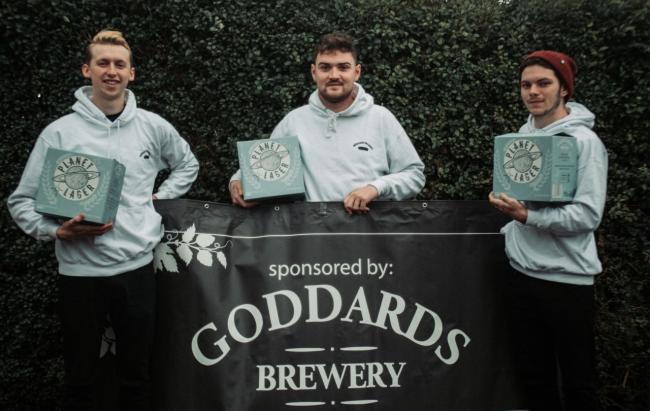 The Isle of Wight brewery has signed up to support the band in the coming year.

Silas Gregory, of Chalkpit Records, said: “Like any new business, it is vital to have the time and support to develop a product.

“This opportunity with Goddards means that Sub Pacific can expand their music catalogue and progress in the industry.”

“We are unbelievably honoured to be supported by Goddards — a company with a real passion for making a positive impact on the Isle of Wight.

“Their involvement with the band has given us a new level of backing. As a band, we can’t thank them enough and look forward to the long and productive partnership ahead.”

The partnership was unveiled at a gig at Ryde’s Blacksheep Bar, to celebrate the release of new single Leech.

“With Goddards beers being Isle of Wight born and brewed it only seems right to support an Island born and bred band.

“We are excited to support Sub Pacific, having met them backstage at the Isle of Wight Festival, where they showed their love for our Planet lager.”