A while back we collaborated with J.Wilkinsons to create a tasty treat. 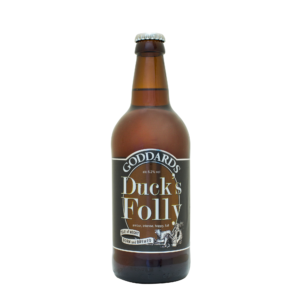 The name Duck’s Folly, is an anagram voicing Antony Goddard’s contempt for Lloyds banking group when they crashed and many people lost a lot of money in the late 1980’s, Mr Goddard being one of them. The pie and many other of J.Wilkinson’s treats can be bought at local outlets such as Farmer Jacks, The Garlic Farm Shop and Made on the Isle of Wight.

We ate ours at The Seaview Hotel so we could wash it down with a pint.

You can also grab a pie and pint at The Old Fort.